«Kropotkinskaya» (until 1957 — «Palace of the Soviets») is a Moscow metro station on the Sokolnicheskaya line. Located in the Khamovniki district (CAD). It was named after the square of Kropotkinskiye Vorota and Kropotkinskaya Street (nowadays — Prechistenskiye Vorota Square and Prechistenka Street). It was opened on May 15, 1935 as part of the first metro section. Column three-aisle shallow station with one island platform. In the future, it will be connected by a transfer with the projected Volkhonka station on the Kalininsko-Solntsevskaya line.

In the spring of 1934, the architect Ya. G. Likhtenberg, who worked in the Metrostroy architectural bureau, involved his student friend, architect A. Dushkin, in the creation of the project for the Palace of the Soviets station. Together they developed a project for the station, which was based on the architecture of Ancient Egypt — windowless underground buildings, illuminated only by oil strips at the top of the columns. In early August 1934, the project was approved. In an extremely short time, the authors made working drawings, many of which were transferred to the construction site directly in pencil.

The station project was awarded the Grand Prix at international exhibitions in Paris (1937) and Brussels (1958), and the project was also awarded the Stalin Prize for architecture and construction (1941). 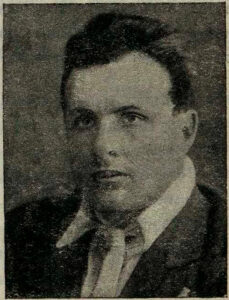 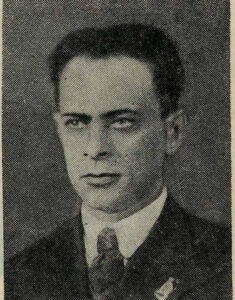