Lubyanka (Russian: Лубя́нка) is a station on the Sokolnicheskaya Line of the Moscow Metro, located under Lubyanka Square. The facility, originally called Dzerzhinskaya (Russian: Дзержинская) station, opened in 1935 as part of the first stage of the metro.

The station was originally named Dzerzhinskaya after Dzerzhinsky Square, but it was changed on 5 November 1990 after the square’s original name, Lubyanka, was restored. There is still a bust of Felix Dzerzhinsky in the station vestibule.

Construction work on the station began in December 1933, and the engineers were faced with extremely difficult soil conditions from the outset. The area under Lubyanka square is made of Jurassic clay, beneath which are layers of quicksand and Carboniferous clay. The Metro station was planned to rest on top of the Carboniferous clay, which was thought to be firm enough to support its weight. It was quickly discovered, however, that the clay was much softer than anticipated due to the proximity of an underground channel of the Neglinnaya River and also tended to swell greatly when exposed to air. This meant that the tunnels had to be built one section at a time, very quickly, in order to allow the concrete to set before the pressure exerted by the expanding clay increased to the point where the wooden forms could no longer contain it.

Nikolai Ladovsky‘s initial design had to be significantly modified in order to cope with these problems.[1] In order to minimize the amount of excavation required, the planned full-length central hall was abandoned in favour of a short passage at the end of the station connecting the two platform tubes, similar to many London Underground stations. This simplified the construction of the station while still allowing the planned hall to be built in the future.

Even after the design change, the station’s construction was plagued by difficulties. Quicksand from between the two layers of clay began to seep into the construction site almost immediately, and due to the unexpected softness of the Carboniferous clay the station began to slowly sink. Nevertheless, the builders of the station were able to surmount these problems and Lubyanka was opened as planned on May 15, 1935. The heroic efforts of the Metro builders are memorialized in a sculptural composition in the vestibule on Nikolskaya street.

In 1965 it was revealed that Lubyanka was to become a transfer point to the planned Tagansko-Krasnopresnenskaya Line, making it clear that the station would need to be completed. Technology had advanced to the point where the building of the central hall, which had been deemed impossible in the 1930s, could finally be accomplished, though this project still took more than seven years to complete. The first phase of the station’s expansion was the construction of a second entrance at the northern end, which was completed in 1968.

The construction of the northern half of the central hall was simplified by using the new technique of soil freezing, but this could not be used on the southern half. Workers were forced to go back to the original method of quickly building one tunnel segment at a time before the expansion of the clay could crush them. Once the central hall was finished passages to the platforms were blown through using explosives. In 1972 the station was finally reopened.

The reconstruction of the station was an engineering triumph, but it was much less impressive aesthetically with blocky white marble pylons and white tiled walls replacing the strikingly patterned dark marble used in the old station. Though the old section of the central hall still exists, the overall effect has been lost. The architects of the expansion were Nina Alexandrovna Aleshin and A.F. Strelkov. In 1975, escalators were added in the centre of the platform for the transfer to the new Kuznetsky Most station. 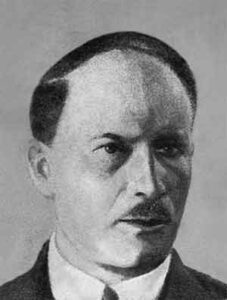 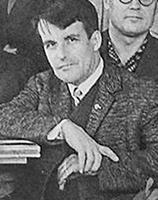 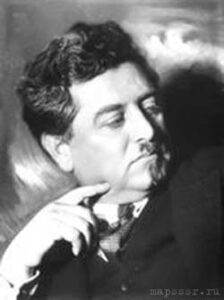